When Revd. Hugh Griffiths took charge of the Caskgate Street Chapel in Gainsborough in 1891, he found the church and its ancillary buildings were inadequate in a rapidly expanding industrial town.   Revd. Griffiths proposed a church should be built to commemorate John Robinson, the ‘pastor of the Pilgrims.’  His vision was embraced by leading Congregationalists in England and the U.S.A.

The site of the former vicarage of All Saints Parish Church was purchased.  The foundation stone was laid by the American ambassador, Hon. Thomas Francis Bayard on 29 June 1896.

A contemporary record of the stone-laying reads: ‘Fully 1500-2000 were able to witness the proceedings in absolute comfort.  A crowd of some thousands thronged the vicinity the majority of whom saw but little and heard scarcely anything but the music.’

The new church was opened for worship on 9th June 1897. In 1902 Tercentenary Celebrations were held celebrating the formation of the 1602 Separatist Church in Gainsborough.  Revd. George R.W. Scott of Newton, Mass. attended as chairman of the National Council of the American Congregational Churches.  He brought a financial contribution from the American churches which ensured the church was free of debt. 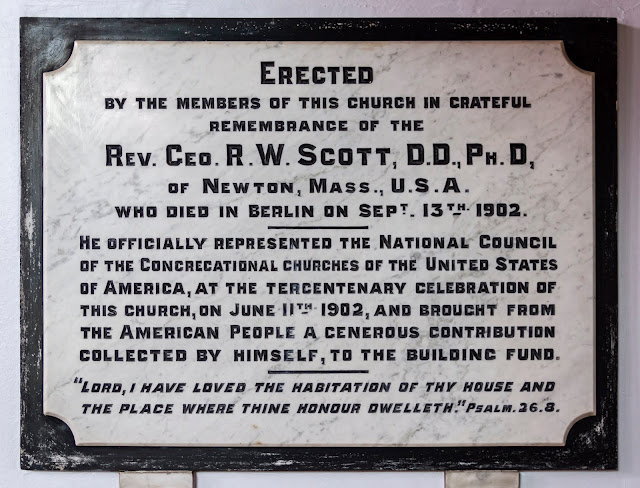 A tablet commemorating the church’s association with John Robinson was unveiled.

WHO WAS JOHN ROBINSON?

John Robinson was born in Sturton-le-Steeple around 1576. He studied at Cambridge University from 1592 until graduation in 1595, becoming a fellow of Corpus Christi College in 1598 and Dean in 1600.  He was also ordained priest in the Church of England in 1598.  Married men were not allowed to hold College fellowships and Robinson resigned his fellowship to marry Bridget White at St. Mary's Church, Greasley, on 15 February 1604.

At Cambridge, Robinson was greatly influenced by Calvinist theology.  His convictions strengthened in Norwich where he took a position as pastor of St. Andrew's Church.  When Robinson refused to conform to a new book of canons introduced by James I, he was suspended from preaching.

Some of these separatists left Gainsborough and Scrooby for Holland to escape persecution and harassment for their dissenting views in 1607/08.  They settled initially in Amsterdam, worshipping with an English congregation popularly known as the Ancient Brethren.  Disturbed by discord among the Ancient Brethren,  John Robinson and company moved on to Leiden in April 1609.

Late in 1617 a number of the congregation decided to emigrate to America.  They were concerned that their children were becoming overly influenced by the more liberal Dutch culture, and fearful of the impact of renewed hostilities between Spain and the Low Countries.  Sir Edwin Sandys, a member of the Virginia Company, helped them secure royal permission to sail to America.  A minority of the congregation sailed from Leiden on 21 July 1620.

John Robinson intended to join the Mayflower Pilgrims, but died in Leiden in 1625.  Today the Pieterskerk is known as the church of the Pilgrim Fathers, and Robinson was buried there.  A bronze  plaque in his memory was erected on the wall of the Pieterskerk in 1891 by the National Council of Congregational Churches of the U.S.A. and in 1928 a tablet was erected by the General Society of Mayflower Descendants. 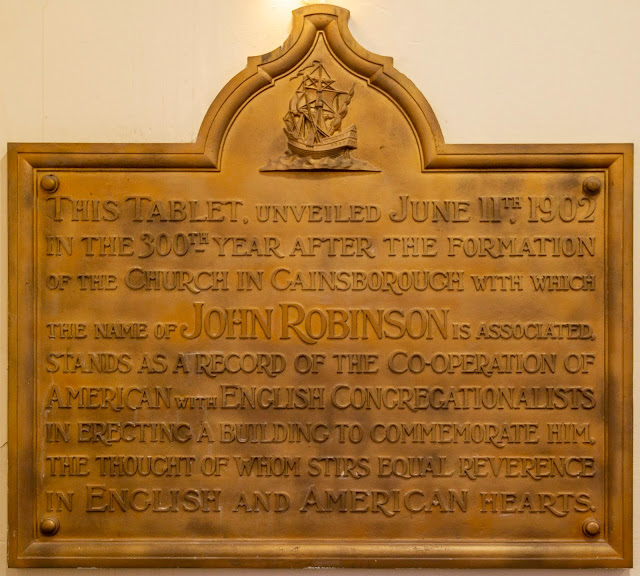 THE EARLY SEPARATIST CHURCH IN GAINSBOROUGH

Traditionally it was thought that John Smyth’s separatist congregation in Gainsborough began in 1602.  Recent scholarship sets the date around 1605/6.  The terms of the original Church Covenant read:


‘To walk in his ways made known,
or to be made known unto them,
according to their best endeavours,
whatsoever it should cost them,
the Lord assisting them.’

After the departure of the Gainsborough and Scrooby separatists for Holland, the history of those who remained behind is shadowy.  The parish registers record the deaths of Separatists in 1614, 1630 and 1655. In 1672 the house of a Matthew Coats was licensed for worship but its whereabouts are unknown. In 1688 Matthew Coats conveyed to trustees a Chapel in Ratten Row (later Beaumont Street) for ‘such Protestant Dissenters persons or people to meet assemble and worship God under the name of Congregational, Independent or Presbyterian.’ This church eventually became formally Unitarian in 1844.


THE FORSTER AND ANDREWS ORGAN 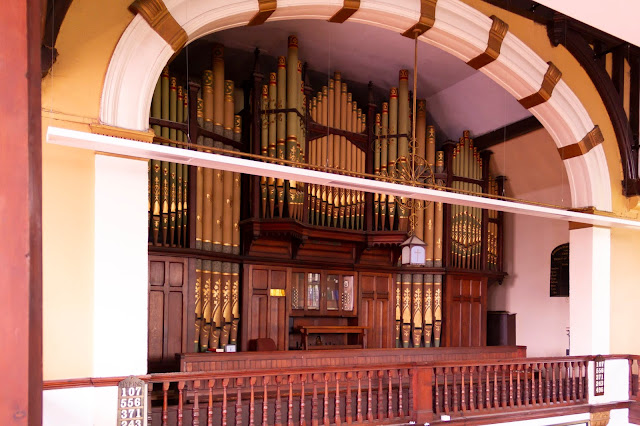 A particular feature of the sanctuary is the two manual pipe organ built by Forster and Andrews.  In recognition of its national heritage importance, the organ has been awarded an Historic Organ Certificate. 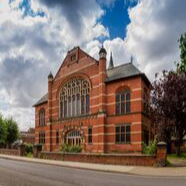 Services have now resumed following the closure due to the pandemic.
Numbers are limited to comply with social distancing.
Please check our What's on Page for more details of our Services and how to join us. 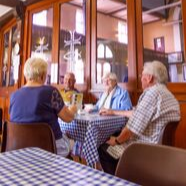 WELCOME ...to the website of Gainsborough United Reformed Church. We meet for worship on Sundays at 10.30am in our church on Church S...